A friend of mine flicked me the link to a Scoopon deal with the above title. The workshop was to take place at Woolloongabba’s Brews Brothers – a DIY microbrewery. The Scoopon read:

Discover the Secrets to Beer & Cider Brewing & Blending from the Experts at Brews Brothers Microbrewery in this 2 Hour Masterclass! Includes a Sausage Sizzle & 6 Different Beers to Taste! Plus Get an Annual Brewery Membership Offering 10% Off Beers for a Year!

I would’ve gone just for the beer but this sausage sizzle only sweetens the deal. I picked up tickets for myself and my partner and locked in a humid Thursday night in September to see what I could learn.

Not a whole lot it turns out. I’m not sure if the person who put the Scoopon deal together actually spoke to anyone at Brews Brothers but there was a noticeable disconnect between what was offered and what was received. I’m not complaining – just making an observation.

We arrived a bit before 6 and were promptly handed a beer. We could either take it upstairs where there was air conditioning or sit downstairs and watch some amateur brewers in action. We opted for upstairs, which it turns out is an area that looks pretty suitable for a buck’s night (we guessed the pole in the middle of the floor was intended for a stripper and not firefighters). The beer was a “Tokyo Superdry” or a knockoff of Asahi, as our host bluntly put it. Fresher and with some traces of hops that isn’t present in regular Asahi, I felt we were off to a pretty decent start.

The tour started a bit after 6. Our host explained that Brews Brothers was based on a Canadian concept: you come in, give them money, they give you ingredients, recipes, some assistance and access to equipment to make your 50L batch and off you go. After it finishes fermenting, you get to come back and bottle it yourself. It’s basically homebrewing but with better equipment – including four kettles, a heat exchanger, a seemingly limitless number of fermenters, cool rooms for fermentation, force carbonated kegs (force carbonation by staff I gather) and a half dozen filling taps – than most will have access to at home. Brews Brothers has also picked up a commercial licence to sell on premises, takeaways and have started to get kegs into nearby pubs. 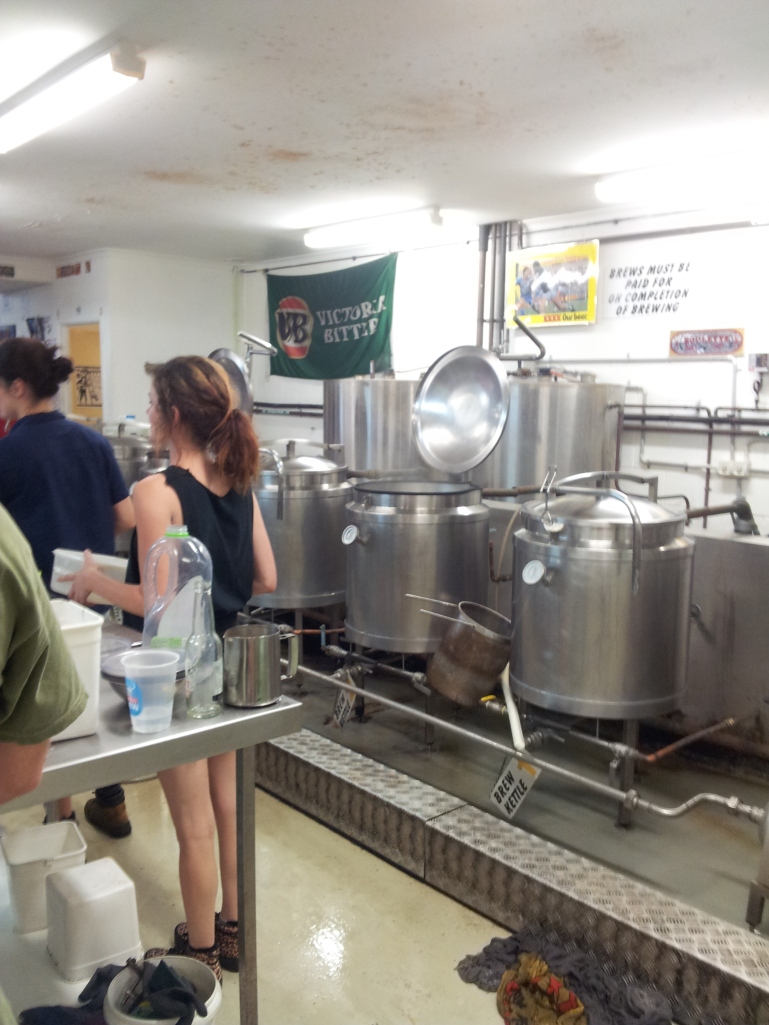 Our host took a gaggle of people – normal people and not beer geeks, if I’m any judge – around the site and explained the process of making beer. I won’t go into too much detail, suffice to say we covered the basics that just about anyone reading this will be aware of. My highlight was the oblique reference to Craison as an example of how weird beer is getting. It sure fucking is. 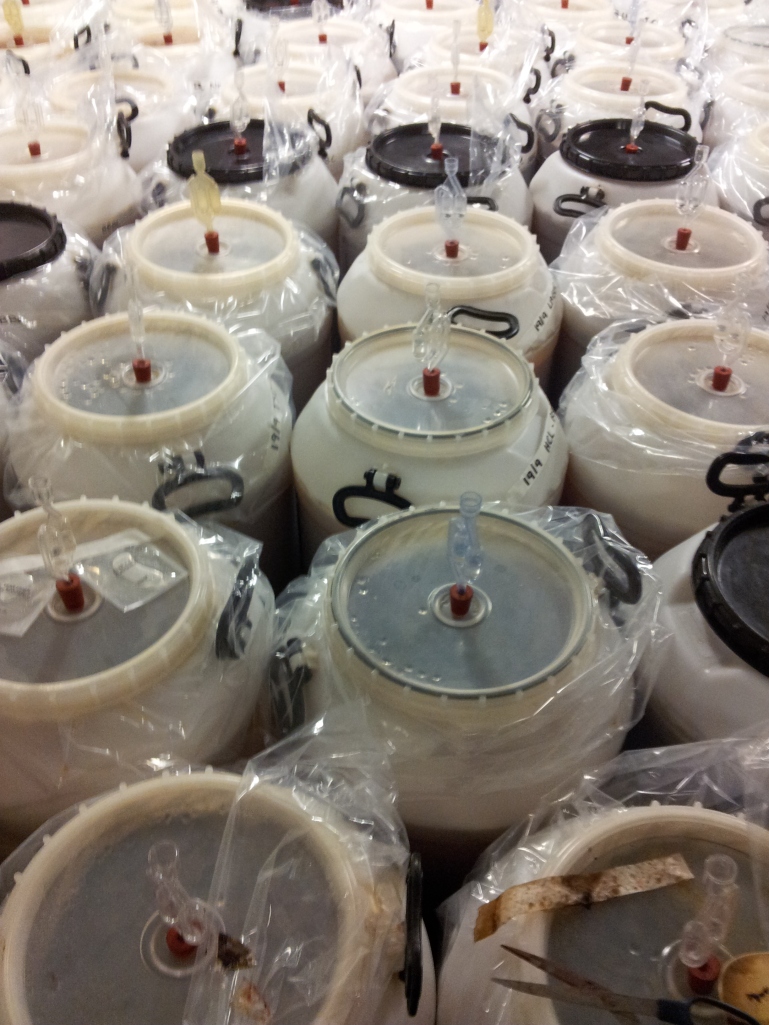 In the end, the hands-on beer brewing workshop turned out to be a tour of the facility, half a dozen free beers – mostly clones of commercial beers, all imbued with a homebrew-ish quality but there’s no denying the freshness – and a couple of sausages at the end of the night. I don’t know where the “hands-on”, the “masterclass” or the “experts” (I’m sure I knew as much as our host) came into it but still, it wasn’t bad value for $35.

For the record – seeing as I probably won’t check these into Untappd – I knocked over: