Since then, we in Australia have received an influx of imported American beers. Some of them are legit, some less so.

I’ll follow a similar format to last time, so here’s how the tasting notes rolled. For the record, ammo has made some contributions from our first game of Beer Nerd. 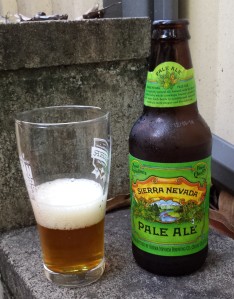 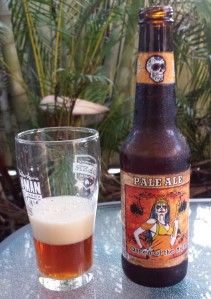 Interesting collection of notes, not least because travel, age and general care for the beers has obviously played a much greater role in the tasting than for the OzPAs. It seems though, even with a degree of experience about what to expect, that this class of beer shows much greater diversity.

However, to avoid the problem I had last time with accidentally picking beers from other styles, here’s the taxonomy table to prove I had it 80% right this time around.

So despite representing a wider variety of beer flavour and appearance than the Australian equivalent, the taxonomy of the American pale ales is much better aligned (Sixpoint notwithstanding). By my fairly arbitrary criteria, that suggests the American pale ale is much more firmly established style than the OzPA.

Which leads us to the original question, what is an American pale ale? The above beers all have these characteristics in common: orange to dark orange colour, sometimes unfiltered; medium bodied; hoppy aroma, predominated by grapefruit and other citrus and pine resin; low levels of sweet maltiness; medium bitterness; usually dry finish.

That sounds about right, doesn’t it?