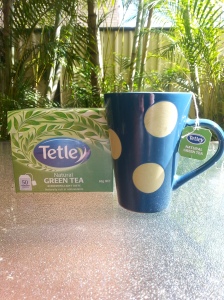 Some of you may have noticed my absence on the blog lately, perhaps too about the Brisbane beer scene. Well, I’ve taken a month-long hiatus from imbibing a most beloved beverage, a break from after-work tonics, empty calories, and unique check-ins.

Being an oftentimes unwilling participant in my own experiment, I questioned why I’d subjected myself to such want.* But, I needed only remember my numerous reasons for embarking on a dry April:

1. My consumption of alcohol had increased approximately two-fold in the last 12 months.

2. I was having a beer more nights than not, even when just counting week nights.

3. I was struggling to lose the extra pounds I’d gained since moving from Canberra (no prizes for guessing where it came from).

4. And last but by no means least, I wanted to prove to myself that I could do it.

*You can also blame a man who goes by the name Humphrey Beer for filling my head with notions of sustained sobriety.

And so the month began with a robust determination to see this thing through. ‘It’s gunna be shit’, I thought, but it must be done. The first week was relatively easy despite being on the road for work and dining with colleagues each night where a schooner of beer could easily be charged back to the company credit card. Instead, I reluctantly ordered myself DC (diet Coke) after unsatisfying DC.

Friday came and went and I was back home. Sure, I wanted a beer to relax my way into the weekend but if I could just get past this Friday there were only three more to go. With some reluctance I went for a ‘calm-down cuppa’ of green tea in beer’s stead and awoke on Saturday after an excellent evening’s sleep, energized and rearing to go. Hmmm, maybe this dry month wasn’t such a bad idea after all, I thought.

The toughest test was yet come. Again on the road for work I ended up in a bar-come-restaurant on Cairns Esplanade with some colleagues on the very next Tuesday evening for dinner. Avoidance was not going to be an option so my steely determination would have to do as I sat there sipping my DC with my colleagues enjoying schooner after schooner of delicious beer. (At this point even the XXXX they were drinking seemed liked it must have been delicious.)

On the Wednesday I was glad to be on my way back to Brisbane and potential solitary confinement but the beer gods had one more test for me. We finished our job early and headed to Cairns Airport with hours to spare before our flight and one of my team eager to get into the FNQ lager on tap at the airport bar; needless to say the rest of our entourage followed suite. Oh, what I wouldn’t do for a beer! With 2 hours till boarding time and Blue Sky Brewery tasting paddles on offer with the promise of 3+ unique check-ins, it was all I could do to go wander aimlessly around the surrounding shops like some lost child. Alas, I knew deep down that if I could get through this the rest of the month would be a breeze despite being just over a week in.

Good Friday came and went and the Thursday before didn’t seem so tough at all. I’d be on holidays for the next week and a bit and the stresses of work would ensure I had no need for alcohol, I was sure.

The holidays went by quickly (too quickly) but they weren’t without pangs of beer envy as Liam drank his fill in front of me almost nightly. ‘Damn him!’ I cursed as drank my creaming soda. 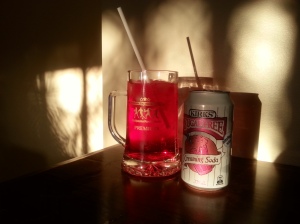 It wasn’t all bad though, so don’t let me discourage you. Despite the couple of times over the break I’d wanted to reach for beer I’d also started to notice some big positives about having a dry month. I was sleeping a lot better. Each morning I felt fresh and full of energy. I’d lost weight despite doing little to no exercise and I just generally felt more positive about life and the world around me. It finally dawned on me that perhaps that thing about alcohol being a depressant does have some basis after all.

I missed beer greatly and the month certainly wasn’t without its struggles yet I’ve found myself recommending a dry month to anyone who’ll listen. In the scheme of things, a month really wasn’t that long to help regain some perspective on my personal drinking habits. I’ve a long way to go before making any lifelong commitments in terms of those habits but in the very least I’m more conscious of my drinking choices, e.g. Every day is not a hard day at work so sometimes just a green tea will do.