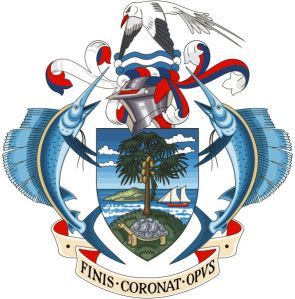 Last week on Drunken Speculation, I did manage to get a promo up for the next Five Flavours event on Facebook. There’s a promo code for discounted tickets included so I suggest clicking that link.

Even more excitingly, this is the blog’s 300th post. In a little under twenty-one months, we’ve managed to write an enormous load of words about beer. Not all of them are great – that goes without saying – but with that much literature, there’s bound to be some gold in there. Meanwhile, I do have something written for this week at least but it might be more towards “not great” than “gold”.

My Beer of the Week is Feral’s Watermelon Warhead. It was on tap at the Archive and boy, it is so sour. It has a bit more in common with watermelon rind than watermelon itself but it’s a tasty beer for 2.9% ABV.

Esquire magazine's dim view take on Two and a Half Men. pic.twitter.com/sQqIM3Gn3G

Beervana – The Dark Side of Booze

This is the dark side of alcohol, and one those of us who make or write about booze should consider seriously.  The great majority of the alcohol consumed in the US–and I think this trend is typical worldwide–is being consumed by just a few people, probably all of them alcoholics by any definition.  The uncomfortable reality, as Philip J. Cook (Paying the Tab) describes in the article, is this:

“One consequence is that the heaviest drinkers are of greatly disproportionate importance to the sales and profitability of the alcoholic-beverage industry,” he writes writes. “If the top decile somehow could be induced to curb their consumption level to that of the next lower group (the ninth decile), then total ethanol sales would fall by 60 percent.”

Literature & Libation – The Big Beer Conspiracies – The Shock behind the Top

The main (and really only) ruse that Shock Top intends to perpetuate is that it comes from a “small brewer.”

This is the beating heart of the hideous beerbeast, the one thing it must do to continue feeding on the consumer dollars it needs to live. For a while, you could have considered that a side-effect of that brand, or some other unlucky coincidence, but here we see that this behavior is deliberate and intentional, the malicious brain child of an earnings report meeting and the executive board.

Regardless of how the beer tastes or if you like it, Labatt/ABInBev is lying to you to sell its product.

The BeerCast – Brewmeister censured by ASA over Snake Venom

And, we all move on. Today though, a footnote to the story. Brewmeister have been censured by the Advertising Standards Agency for how they referred to Snake Venom online. A complainant (who was not me) challenged the claim that the beer was 67.5%abv, and questioned whether Brewmeister could substantiate this. In response, the brewery provided the Public Analyst report that I had not been privy to, and the ASA considered whether this was enough to satisfy the points that had been raised. Evidently they did not

Lewis Shand, former MD at Brewmeister, made a lot of sense in the comments and there was this Tweet during the week:

Regarding Snake Venom, it's not something we really put much emphasis into these days. We are focusing on quality tasting beers

But an update to the original post shows that Brewmeister is, at least rhetorically, fighting back with the same kind of juvenile language we’ve come to expect from breweries that are more form than substance.

beer is your friend – Another beer ad gets it wrong

Oh dear God. Where to begin? Those gratuitous crotch, butt and chest shots, those shots of certain parts of their anatomy obeying the law of gravity when they run, that awful breathy voice-over and the odious line “If you train like a bitch, you perform like a bitch”. It’s a perfect storm of terrible ad.

…that we check that there would be no sexist T shirts on sale at Manchester Beer and Cider Festival. The Organiser has confirmed with our T Shirt man that there won’t be any, and as I understand it, that he’ll be happy to be subject to audit to ensure there isn’t. Good man. From memory his is a pretty big stall, but it seems unlikely after all (though we initially thought he was) that he is the same person that sells T shirts at GBBF. Someone else will need to take that one up I think.

Still, I’m pleased . I hope my readers are too. It shows it can be done. Small steps and all that.

That’s what you see in the photo below, from the NCYC report. The white bands are genes which are present. When one of the rows is missing the band it means the yeast strain shown in that row did not have that gene. Just to the right of the first column of text you can see a double band going down the photo: apparently all the strains have these two genes. Further to the right is a big thick band, which is another gene (or pair of genes) that all the strains have. Then a thin band again present in all the strains. Then, there’s another band present in all rows except one: that gene is missing in strain 1, but present in 2 and 3. A few rows have another band right after this one, and those are strain 3. Strain 1 also has this gene. And those are the differences.

Why support a multinational? Good question. Back when I lived in Britain in the 1970’s and 1980’s, I had no problem drinking beers from the Big Six. If they were good. To encourage them to still make them. If I’d boycotted the big brewers I’d have deprived myself of some wonderful beers. There’s a Mild from Leeds that comes to mind. What was the name of that brewery? What sane person would have deprived themselves of a well-kept pint of Draught Bass?

I keep drinking it because I like it and want them to keep brewing it.

Brookston Beer Bulletin – Beer Pipeline To Be Built In Bruges

There’s only one brewery in the ancient downtown, De Halve Maan, which can trace its root as far back as 1564, and has been owned by the Maes family since the 19th century. BUt according to an article in the UK newspaper, The Telegraph, neighbors haven’t been thrilled by the rumbling of beer trucks in and out of the cobblestoned streets, and officials worried it could be damaging local infrastructure. The Maes family wants to keep their historic brewery in the city, so they came up with a unique solution to please everybody, including the city government, which approved the project. The plan is to “‘build a two-mile underground pipeline will link the De Halve Maan brewery … to an industrial park where the beer will be bottled and shipped to drinkers worldwide,’ company director Xavier Vanneste said.”