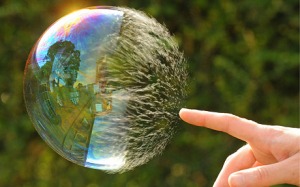 In a week where the Brewers Association announced yet another year of growth, accelerating growth even, in the craft beer segment, I’m sure we’ll see plenty of analysis from, to quote Yeastie Boys, “amateur industry commentators” that the bubble is about to burst. Yeastie Boys laugh at that idea and then compare the NASDAQ to brewery counts to make it look sane. After all, we know it makes total sense to compare two entirely different metrics when trying to make a point.

Rather than be just an amateur industry commentator, I sat down with Troy Champion*, the soon to be head brewer of 4005 Brewing Co-op based out of Mr Tumnus’ Tavern in my wardrobe, to discuss the future over a wine barrel-aged purple black IPA-saison hybrid. As is my way, I said little and let Troy do most of the talking. First to the question at the front of my mind:

A bit lost, I queried the difference. A boom sounded relatively positive.

“There’s a great chart that shows how a market in a bubble behaves [ed – see below]. It has a number of characteristics – rising asset prices, speculative mania, “this time it’s different”, lots of people claiming nobody could’ve seen it coming after the fact.”

“The key here I think is rising asset prices. It’s hard to see that aspect because the market isn’t liquid enough – there aren’t enough sales of assets… breweries… to actually get a feel for what a beer brand is actually worth. Blue Point in New York sold for 24 mil, Goose Island for 38 and Little Creatures for $380 million Australian. Brewdog value themselves at 111 million pounds and Renaissance and Yeastie Boys at 5 mil and 3.5 mil of their respective currency. You explain to me how you arrive at those numbers. Considering Little Creatures was sold first out of that lot, you’d think the correction had already arrived.

“After the GFC, people feel comfortable, familiar with the idea of a bubble. But it’s misplaced. What we’re really seeing is an explosion in breweries, which is really an explosion in production capacity.”

I’d use the Australian equivalent of this graph but it doesn’t exist because people are making business decisions in a data vacuum.

I rounded back to the word ‘boom’. Australia is coming out the other side of a once in a century boom in mining construction, mainly in iron ore and coal. Is that closer?

“Yes and no. Comparisons between the most recent iron ore boom and craft beer are total nonsense. For one, you can’t drink iron ore. It’s a solid.”

I rolled my eyes at the obvious dad joke.

“But there, when the demand shock came with Chinese stimulus after the GFC, then iron ore prices rose in response. A ton of iron ore was worth like $30 in 2000 and then was worth $150 in 2011. Our prices haven’t materially moved in either direction, except where breweries have put out super-expensive, rare products like Clout Stout that didn’t exist five or ten years ago and big brewery craft brands that have managed to undercut slightly. Basically, we can’t raise prices too much… even if demand massively outstrips supply… because then people will just switch to alternatives. Your tax-payer subsidised wines, your shitty industrial lager, your spirits.

“The common ground is the delay between when the surge in demand arrives and when new supply can be brought online. It takes a good twelve to twenty-four months to get a brewery going while a mine is like three to seven years. Even if you had the capital and the business case sorted out right now, you’d be lucky to start selling beer before 2016-17 financial year.” 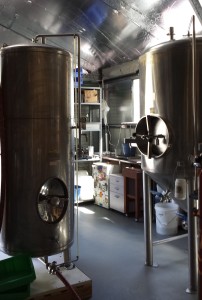 “If the business case changes in that time… and craft beer’s pretty fashionable right now, so it wouldn’t take much for it to stop… you either have to make a decision to stop building and lose your shirt or keep going and hope things improve by the time you get to market. That’s what’s happened to a lot of iron ore miners. The business case made sense at $150 a ton and now looks insane at $60 a ton but they’ve just started shipping.”

I asked what might it take to see things improve.

“Either the input prices could change or people get used to paying more for beer. Right now, some hops are in shortage, some are in surplus and it’s a risky business for growers, so even if there were a surplus, we might have to a pay a premium for the event growers grow too much of the wrong hop or not enough of the right one. Frankly, given the way the place is going, it’s hard to see how hops, grain or water prices are going down. Maybe labour will come down but if that happens, we’re selling into a recession. But if IPAs suddenly became unpopular tomorrow and people went for yeast-forward, lightly hopped beers – saison springs to mind – then there might be more on the table for us. Alternatively, if people just paid us more, then the case would be more sure.”

With higher prices, wary consumers might wonder if you’re ripping them off.

“That’d probably happen too. Always does. We might do better if we sold more and could achieve some economy of scale. Hiring the number of brewers we have to turn out what we do is ridiculously inefficient. More automation, more volume. That’s one way the big boys keep their prices down.

“To grow volumes, craft beer will need to make the transition from niche to mainstream. Some think that’s happening, some see it still on the sidelines. The reality is some will make the leap and some will fall into the chasm [ed – see Moa below]. There’s only so much shelf space and only so much a normal person is willing to listen to a bearded weirdo talk about calcium carbonate and microorganisms.” 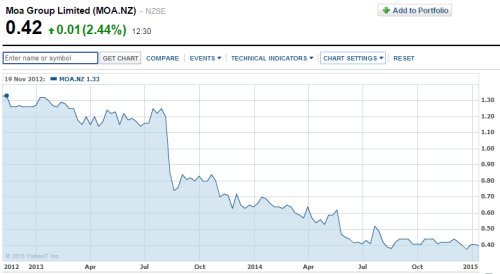 “Meanwhile, while demand keeps ahead of supply, then we can keep our heads above water. The real kicker will come once demand slows or drops and supply catches up and probably overshoots because people committed emotionally months or years before. We can’t drop prices too much or we won’t make money but we’ll still have to sell into a flooded market. Some may cut and hang on for grim life to take market share and wait for the shakeout but others will just toss the keys in the mail and walk away. You can’t run a business with expenses higher than income. The winners will be the ones with cash on hand to fight the market share battle and the losers the ones with debt who are going to drown in their own red numbers.”

I did a bit of a double take. Debt?

“Yep. No one knows who has what but it’ll become real relevant real quick when the bills stop being paid and the bailiff comes knocking.”

So a bust is inevitable?

“Yep. Follows a boom like a law of nature and even though capitalism implicitly relies on endless growth, the reality is that demand is finite. Overall beer consumption is declining but craft continues to grow rapidly by taking market share from the big boys, not by growing the pie or only adding to it marginally. Eventually one constraint will hit another. Timing it will be nigh on impossible to get right because it relies on a bunch of factors that are themselves impossible to predict or hard to know – input prices, demand growth, fashionability, consumer confidence, supply increases, interest rates, government regulation. The saving grace might be that the increase in production is a lot smaller than it looks, so the boom could last long enough for most of us to get a real solid foothold… especially if most breweries can sell their own beer across their own bar, then there’s a lot more margin to fall back on… and then the boom will taper off. It’d be a miracle if it was that perfect though.”

That’s rather negative, I point out while donning my Captain Obvious hat.

“It is but so what? The only people who want to ignore the problem are those who make money out of ignoring it. If someone says, let’s ignore those talking about market saturation, that makes me go, ‘Hang on? What am I missing here? Why can’t we talk about that?’ Meanwhile, it might take one, five, ten or a hundred years for the bust to come but it doesn’t hurt anyone to talk about it now and put a backdoor in the business plan.”

As for the likes of Boston Beer Company or Elysian:

“Those fuckers won the lottery, didn’t they? There’s nearing 4,000 craft breweries in the States and only what – twelve? two dozen? even forty would be less than one percent – are making real money, are worth something. The rest are just hanging on their coat tails and hoping their day will come as well. Or just hoping to avoid having an office job like you for a few years.”

He left me with these words.

“Do not try and bend the bubble to your will. That’s impossible. Instead… only try to realize the truth. There is no bubble. Then you’ll see, that it is not the bubble that bends, it is only yourself.”

*Mr Champion is a fictional construct. I was tempted to make he a she but I’m having a tough time talking to women lately so I thought I’d be more comfortable having a conversation with a guy.