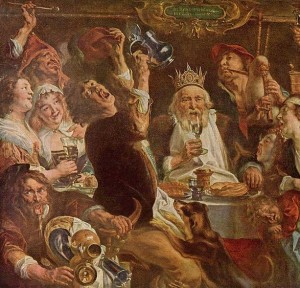 Many local consumers remain utterly baffled and infuriated by craft beer, according to the creator of the new Upsenda range of beers from the joint venture of Royal Crown Cola Australia and the 4005 Brewing Co-op.

By clearly displaying scales for calories, bitterness and minimum facial hair length on its labels, Upsenda is endeavouring to “take the pants-pissing terror out of having more than two or three beer choices” and educate drinkers about beer styles (“We have both types of craft beer: pale ale and golden ale”), according to 4005 Brewing Co-op director of marketing, Jaxon Phoenix.

He says his research into craft beer found that some drinkers avoid it. “There didn’t seem to be a rational reason for it but consumers were definitely displaying the kind of existential terror normally associated with one’s imminent demise. So we dug deeper.”

“Lots of people were saying, ‘you have to really know about beer to be able to drink craft beer’,” Phoenix explained. “Without a post-graduate understanding of the Krebs cycle, our focus groups said they just couldn’t put craft beer in their mouths and swallow it. It was too confusing.”

“By putting those scales on the label, in no way are we trying to impose an Australian standard. I mean, it’d be years before it got out of the SAI Global committee for ratification. But we’re just trying to help people simplify the decision making process. Namely, the decision to buy our beer.”

Phoenix said his team had also identified bottle cap types as a primary concern of drinkers.

“The research really showed that the average consumer is too lazy, too firmly rooted to their chair, to get a bottle opener,” he said. “Some were complaining that they had broken teeth. Others were drinking glass because they had to smash the bottle open. I suppose this is what happens when your focus group is made up of non-tool-using lower primates. So we’re going with twist tops to get right into that demographic that can’t wrap their heads around a lever.”

When asked about oxygen ingress of twist tops, he responded, “I don’t think anyone will notice.”

“Especially if they take it in bong format.”

Phoenix sees the Upsenda range as “a stepping stone to another stepping stone before nervously tapping on the door of craft” that should benefit the entire market. Specifically, the stock market where the local RC Cola operation has failed to impress investors of late, even after getting tax-payer life support for some of its other business units.

“Our view is that we’re not competing with the crafty guys at all. We can’t. Our product is vastly inferior,” he said.